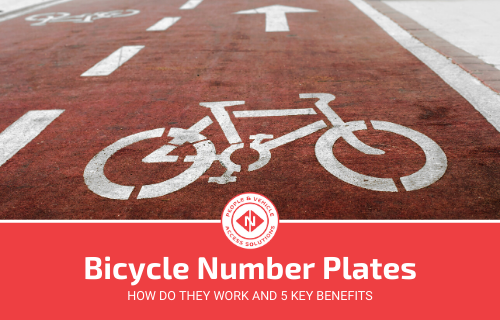 Riding bikes has been shown to bring many health benefits such as promoting a longer lifespan by lowering the risk of heart disease, reducing the risk of cancer, and enhancing productivity and mental acuity.

If businesses encourage their employees to get on their bike and use this form of commute, it will not only improve the individual's life but the productivity of the workforce as well. Cycling to work on a high-traffic road, however, is not always a safe mode of transportation.

Installing number plates on bicycles could lead to safer road conditions for everyone, cyclists, drivers, and pedestrians alike.

Having cyclists use number plates and register their bicycles before being allowed on the road will ensure safety for everyone. Surveys and studies have shown that number plates for bikes bring positive effects such as encouraging responsible riding and promoting road safety.

There are a number of benefits to having number plates for bicycles that go beyond ensuring public safety. These benefits include improving business, employee productivity, and overall health. These benefits and the ways to encourage employee bicycling are discussed below. 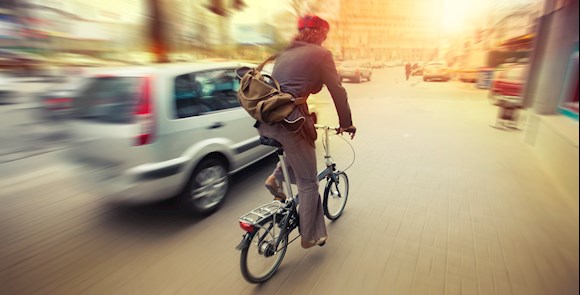 Studies on the Efficiency of Number Plates

Opponents of number plates for bicycles believe this concept to be unnecessary and irrelevant since the police already have the power to detain or stop cyclists who are endangering their lives or those of others.

Another major reason why this idea is being rejected by some is the expense that it would bring. Some opponents believe it could cost a large amount of money to implement a number plate system, and they fear the financial burden of it could perhaps fall onto taxpayers.

Such measures have been taken in cities such as Toronto, where the results did not prove to be of much benefit. For example, in 1935 a law, was passed that required residents who rode their bikes on city highways to register and buy a license for their bicycle.

The system that was implemented required a large amount of paperwork, visits to the police station, and bike inspections. The drawbacks seemed to outweigh the advantages of this bylaw, leading to it being repealed in 1957.

However, although this did not work in Toronto does not mean it will not work for other areas. In order for a system to be effective, it must have a strong foundation along with better training for those running the program and for the residents who will eventually become a part of it.

If done correctly, number plates for bikes can encourage responsible riding and make roads safer for drivers and pedestrians.

The Benefits of Riding Bikes and How Number Plates Can Help

Riding bicycles brings many health benefits to riders. With number plates, cyclists can be assured of their own safety and the security of their bikes, so they can bicycle with peace of mind.

Bike riding is great for weight loss and an effective form of exercise to strengthen muscles such as in the thighs, hips, and glutes! It also benefits upper body if bike routes include climbs over hills. Bike riding is a hobby for many people, and with the institution of number plates, more people could feel that there is a safety net in place for them and their valuable bicycles. 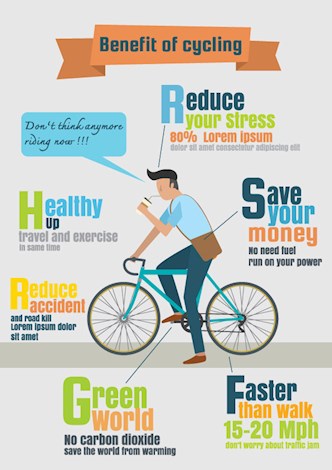 It has been proven that exercise boosts brainpower. Charles Hillman conducted a study in 2007 that explains how this process works. Cyclists Jeff and Lori Leibovitz found that bike riding was a wonderful solution for their son Adam.

Adam showed signs of ADHD and had trouble sitting and focusing in class. They decided to take him cycling with them, and this showed a remarkable improvement in his behavior. The complete story can be found here.

There is no doubt that cycling is great for your heart. It has been proven that those who ride bicycles on a regular basis are less likely to develop high blood pressure as opposed to individuals who don’t take advantage of this form of exercise.

Last but not least, an obvious reason that cycling is so beneficial is the fat loss! Regular cycling sheds fat quickly, and it is a great alternative to riding your car to work, school, store, etc.

Of course, the safety of residents should be a priority and, if number plates for bikes are implemented, it will help protect both cyclists and drivers on the road.

All in all, bike riding in particular can help people feel better. It improves self-esteem, boosts confidence, and keeps people all around happy. Riding bikes on a regular basis is a great way to incorporate regular exercise into your daily life to reap the health benefits and to take advantage of a fun activity.

With number plates, bicyclists can first and foremost be assured that if any incident of theft should occur, they can quickly have their bikes tracked by the local law enforcement.

In addition, number plates encourage safer cycling because cyclists who know they can be reported are less likely to swerve in front of traffic or take risks that endanger themselves and others on the road.

Ultimately, number plates benefit everyone on the road, cyclists and everyone around them.

Staying Fit and Healthy in the Workplace

Getting on a bike is a great way to increase your lifespan and live a healthier life. The British Medical Journal published a study showing how the commute to and from work on a bicycle lowers your risks for heart disease, cancer, and other health-related issues. They compared this form of transportation as opposed to other forms (cars, bus, taxi, etc).

The objective of the study conducted at the University of Glasgow was to show the association between an active community and incident cardiovascular diseases. There was a total of 263,450 participants, with 52% of participants being women in their early 50’s. The study participants were all recruited from 22 sites across the United Kingdom.

The study concluded that cycle commuting was associated with lower risks of CVD, cancer, and all-cause mortality. The women who rode the bikes also felt happier and motivated. This study showed the big effect that bicycling has on the human body and encourages everyone to take up a form of active commuting. After all, it can increase lifespan and reduce the risk of death or chronic conditions.

This study showed the many benefits riding bikes had. However, if residents decide to begin to ride their bicycles to and from work, a system needs to be put in place that ensures the safety of everyone. Number plates are a simple solution that will allow all residents who partake in this activity to stay fit and healthy by riding their bike to work, while also ensuring their safety and the security of their valuables.

How Cycling and Number Plates Can Improve Work and Increase Profits

Studies have shown a correlation between fitness and work productivity. When individuals are more active, their work performance improves. The concept behind this is very simple: exercise improves mental health.

If employees were to ride their bikes to and from work, they could boast about the positive effects. Not only will they feel better, but they will begin to look better too! This leads to an increase in energy, higher self-confidence, and positivity.

The positive effects of cycling include:

Because exercise sharpens mental performance, cycling to work has been shown to improve time management skills and motivation. Businesses that encourage physical activity such as bike riding could increase their profits because employees will come to work with more energy and a positive outlook.

How many times have you seen someone walk into work on a Monday morning with a cup of coffee in their hand and a look of anguish on their face?

A person’s mood is greatly influenced by regular exercise, and it shows in the workplace. At the end of the day, employees who exercise report that they feel more energized and satisfied than those who don’t.

By implementing a number plate system for the workplace, employers can show their workers that they support their employees’ decisions to take up active forms of commuting to work.

Number plates will also give employees additional peace of mind, knowing that their bicycles will be securely protected on the work premises. Any incidents of theft or vandalization can easily be tracked down, and number plates can help to keep track of and recover any stolen bikes.

How Businesses Can Encourage Cycling

There were a few ways shown that businesses could get their employees to get on their bikes and start living a healthy lifestyle. The first method involves employers purchasing bikes and safety accessories such as helmets and gives each employee their own bicycle.

This would then slowly be deducted from the employee’s gross salary within a year or up to 18 months. This plan could be very successful for the employees who wanted to sign up for this type of plan.

Consequently, employers would also benefit from National Insurance contribution savings. Under the Green Transport Plan, available from the government, employers and businesses who provide cycles and bicycling gear to their staff qualify for a tax exemption.

Another method that promotes a healthier lifestyle is adapting car parks to allow easy bike access to facilities. This can be done by considering a Passive UHF Heavy Duty Tag for employee bikes. This tag offers a design for long-term outdoor use and can be effortlessly attached to any bike. Not only this, but it is also permanent, waterproof, shock and impact resistant. 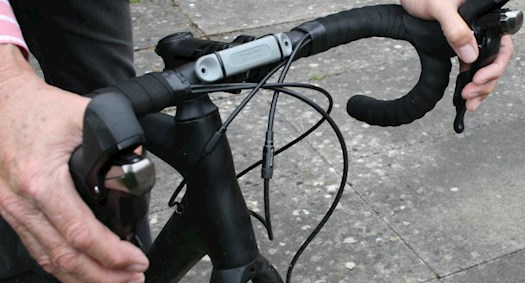 The final way that business can promote healthy living is to work with uPASS range: TARGET, ACCESS or REACH. These are Long Range Vehicle Identification Systems that allows employees to be identified when riding their bicycles.

This battery-free solution allows employers to decide who is allowed access to their property while offering a convenient, secure and hands-free parking access control.

These are all great ways that business can improve their workforce and promote the riding of bikes for a happier and healthier lifestyle.

Benefits of Number Plates for Bicycles for Public Safety

Implementing number plates would be beneficial for everyone, not just the cyclists themselves. Number plates for bikes would lead to better-trained cyclists and stop them from running red lights, breaking road rules, talking on the phone, and other safety hazards.

If the rider knows they could get fined or face consequences for driving recklessly on the road’s they will be more careful. If someone breaks the law, the number plate on the back of the bike will be caught by cameras and repercussions can be taken.

Another important benefit is that roads would be safer. Unfortunately, not all cyclists respect rules. There have been incidents where they will weave in and out of traffic, causing accidents or a loss of control.

This would really encourage responsible riding and improve safety for everyone on the road. Halfords commissioned a survey and asked people if they were in favour of number plates for cyclists to which 59% responded yes.

Before number plates are assigned to cyclists, riders would have to take a test and be properly trained on basic skills and rules. The training sessions will be a good opportunity to better train residents and make them aware of their surroundings. It would also explain the benefits of cycling and encourage them to continue to bike in a safe manner.

The idea of number plates for bicycles could widely benefit the UK. If proper actions are taken and businesses are on board, everyone could enjoy safer roads and continue to live an active, happy life.

Better training programs should also be implemented to let residents know the benefits of bike riding and how number plates can promote the security of everyone. Number plates will improve the safety of road users and pedestrians.