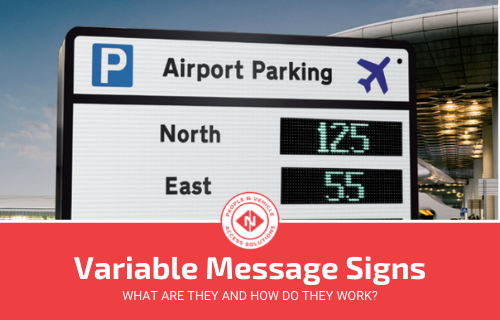 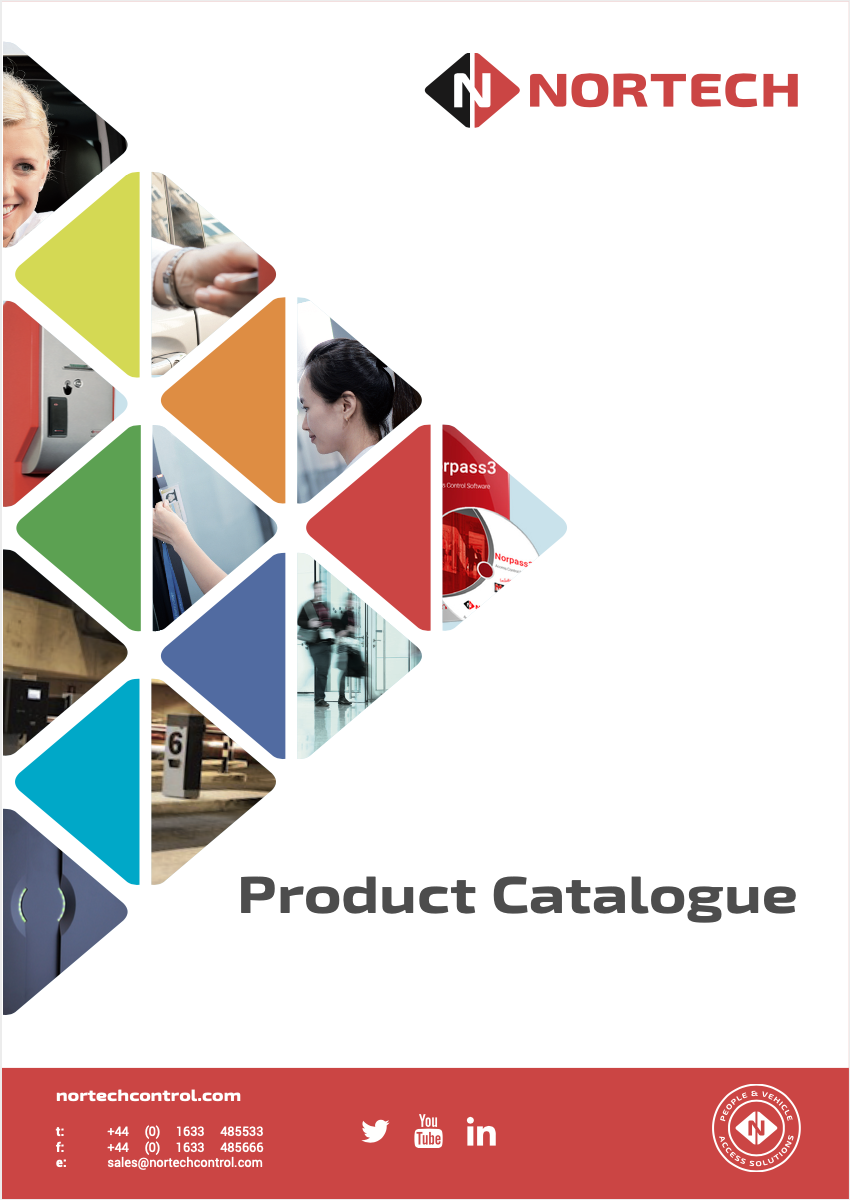 Security can feel like an overly complicated industry, and within that, you have the wide world of access control, which in itself is a separate beast entirely.

Under the access control umbrella, there are a wide variety of terms and acronyms, and you would be in the majority if you did not know what all of them meant.

Today we are looking at VMS or Variable Message Signs, which are part of the vehicle access control ecosystem.

In this guide, we will be looking at what Variable Message Signs are, their features, benefits, and some of the industries that commonly use them.

What are Variable Message Signs?

Variable Message Signs or VMS, as they are often shortened to in the industry, are a form of one-way communication between the owner and drivers or pedestrians. They are a type of light-emitting signage that can display both text and/or pictograms.

You have probably seen them a lot but never realised they are defined as a Variable Message Sign. A common example is a sign over the motorway in that iconic orange LED writing saying ‘slow down’ or ‘traffic ahead’ or ‘5 minutes to junction 6’...you get the picture.

These signs can be used to warn road users about changes in conditions ahead, alerting foot traffic of a diversion due to work, or even as part of a wider parking guidance system.

You will find Variable Message Signs in a lot of different places, but the majority are outside and used to alert people of a certain event.

It is believed that the first major use of a Variable Message Sign was in the 50s in the United States. Canada and other countries were much slower to adapt to the change, with Ontario deploying them nearer the 90s. This signage is normally controlled by the local authorities or their contractors.

Moving closer to home, in the UK they technically fall under the jurisdiction of the government and have to fit certain specifications and standards, as documented in this traffic advisory leaflet.

Nowadays you probably see Variable Message Signs in a lot of places without even registering what they are. With all the different usages and industries that can utilise them, they are a very common and effective communication tool.

Static VMS - these are the more common ones you are likely to encounter, and as the name suggests, they are fixed in one location. To put this into context, think of this as a sign mounted above a motorway or road, or the LED signs in a car parking structure.

Moveable VMS - the second type of Variable Message Signs can be moved around to fit more ad-hoc usage. A good example would be when temporary work is going on, or to alert foot traffic of changes in upcoming conditions.

Obviously, with the different applications of Variable Message Signs, their key features or components vary from model to model, but we will cover the overlapping areas.

Provide Information - one of the primary purposes of a VMS is to give additional information in a variety of situations. Take, for instance, telling people that a car park is full, or there is a closed exit ramp ahead.

Alert People - the signs can also be used as a form of traffic management, letting people know there is an accident ahead or change of road conditions. This means it can be a useful safety feature and allow advanced warning before an event.

Give Notice - whether the VMS is moveable or static, they can be used to provide notice to an upcoming diversion or change of environment. For example, we see them used for large-scale events as a form of crowd control, or to direct vehicles away.

Issue Help - Variable Message Signs can give useful information to people, from saying to avoid a certain route due to accident, to saying which levels of the multi-story are full.

Simplistic by Design - VMS are designed to be easy to read in a short period of time, so are very simple. The information presented often has to be short and concise as people may not have long to view it, especially if they are driving.

Changed for Different Events - having the ability to alter the text is a useful component of a VMS, the word variable is even in the title to reinforce its importance. This makes it more helpful than a traditional sign as they only have fixed information on them.

How Do Variable Message Signs Work?

Broadly speaking VMS are controlled via a radio signal or local network link, which is connected to a manned control centre. Messages are almost instant so real-time updates can be given in a range of situations.

The technology in Variable Message Signs has changed throughout the years, so technically speaking, so has how they work. In early iterations, the words on the signs would use neon tubing and were used just for alerting road users or identifying accidents.

The next wave of developments were signs that would work via ‘Trilons’ (rotating prisms) which could change the messages being shown by flipping through 2-3 messages. These were later changed to various types of dot matrix displays which used fibre optic, flip-disk, or egg crate technology.

In the modern era of Variable Message Signs, and since the 90s they have used types of LED displays. Recent updates have allowed the ability to display graphics, coloured text, and quickly editable signs.

Models and types vary, but most of these signs would allow for a maximum of three lines of information scrolling through longer messages at around five second intervals.

What are the Benefits of Variable Message Signs?

The benefits of a VMS are variable (no pun intended) depending on who is implementing them, one company may think that X is the best benefit, whereas another may think it is Y.

With this in mind, we will cover a few of the broader benefits to cover the main points that companies consider when setting up a VMS.

One of the overlooked benefits of a Variable Message Sign is the low cost of running it. Making it a very cost-effective piece of signage. The addition of little wear and tear and lack of maintenance requirements keeps the cost low.

If kept correctly these devices can work for years and years with barely any upkeep required. The movable variant is more likely to be damaged due to transportation and their placement.

Work in Any Weather Conditions

In poor light or low visibility, it can often be hard to read a typical road sign, this is why a VMS is so important for a range of industries.

Having the ability to be readable in a variety of weather conditions and throughout the day is a huge benefit of Variable Message Signs.

The option of flexibility and customisation makes a VMS a useful tool for a whole host of different businesses. Being able to determine what the sign says on any given day can make its value skyrocket to a company.

The rise of Variable Message Signs has become prevalent the more we advance our other technologies, and it has started to create a disparity between the old and the new, rendering older signs less useful.

Unlike a normal sign, Variable Message Signs can be used for a lot of different things, from car parking, to access control, to event management, to maintenance and roadwork.

The sheer variety of industries and applications that can be used for VMS technology allows it to be beneficial to one company in a few ways.

Having a signage solution that is not only helpful but also has real-world benefits beyond being a standard road sign, for example, is another advantage of VMS and the evident by their usage across the UK.

Even if you look further afield to Europe or the US, Variable Message Signs’ impact is easy to pin down, with positive perceptions, and effectiveness across the board.

What Industries Can Benefit From Variable Message Signs?

There is no doubt that these have certain industries that are more inclined to utilise this style of communication and ones that are less likely to implement this technology.

Let’s look at a few examples of where they are used and the industries that use Variable Message Signs.

These are just a shortlist of the places and industries that can benefit from the implementation of Variable Message Signs. There are a plethora of uses for them, but these are the most common that you are likely to come across or use.

So what is the future of Variable Message Signs? As we have seen with a lot of other industries, there will most likely be a shift towards smart technology, and in turn smart roads.

The nature of these signs is to be customisable and to adapt to different environments and conditions, this will help them evolve and stay relevant into the future and beyond.

As we have alluded to before, the industry will shift in a few different directions depending on who is using the VMS technology; Some may pair it with Vehicle Access Control, others may improve their road conditions and create links to other technological advances.